Want to book your own Air France tickets online? SA Airlines puts cheap comparative flights shopping at your fingertips. With us, you can Search, Compare & Save within minutes! Book your Air France flights now, or find out more about the airline below: 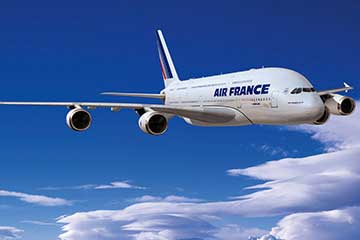 Flying to more than 100 destinations, Air France is a great choice for your travels around the world. 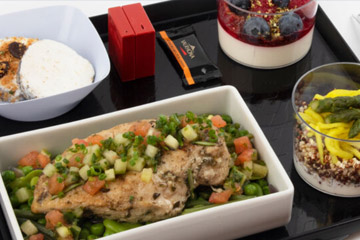 On their long-haul flights in the Premium Economy and Economy cabins, you will be given access to an A la Carte menu 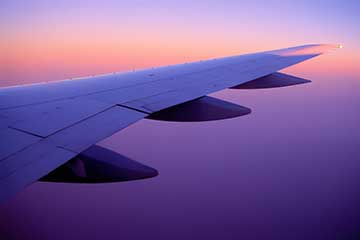 Air France often have some amazing flight specials on offer which are sure to lure any would be traveller.

Established in 1933, Air France is the national flag carrier airline of France. Flying to over 160 international destinations in 93 countries from its core hub at the Charles de Gaulle Airport. Air France - typically stylized as AIRFRANCE - carries over 60 million passengers per annum.The airline is a founding member of the SkyTeam global airline alliance, and served as the primary flag carrier for 70 years prior to its merger with KLM.

Air France was formed during a merger of a number of smaller airlines, including Air Orient and Air Union, during October 1933. The airline also acquired the operations of another French domestic airline, Air Inter, during 1990. After this, Air France merged with KLM Royal Dutch Airlines in 2003, with the newly formed company becoming known as Air France-KLM.

By as early as November 2004, Air France was ranked as the largest European airline in terms of operating revenues, boasting a market share in excess of 25%.

Air France's regional subsidiary, HOP! airline, is responsible for operating the bulk of its regional, in-country and European scheduled services.

The Air France Fleet comprises a mix of wide-bodied Boeing and Airbus aircraft for long haul flight routes, with the Airbus A320 used along their shorter regional routes.

By 2012, the economic climate and increasing competition were taking their toll. Air France was bleeding 700 million Euros per year, resulting in around 5,000 AIRFRANCE employees being laid off. Steps to curb address the airline's economic performance have included Transform 2015, a strategic turnaround plan, as well as the introduction of a brand new economy product in 2013, as well as an improved Premium Economy service launched in the same year. Also during October 2013, the airline also announced that it would be writing off its 25% stake in Alitalia.

For more information visit www.airfrance.com, or to book your own Air France tickets, simply use the above flight price comparison tool now!

Rating 5/5 : "My first time flying and wow! it was amazeballs. Services on the flight was fantastic and the flight itself was smooth flying." Damian Published Date: 2018-04-10