SAA, short for South African Airways, is South Africa's largest domestic and international airline company. Headquartered in Airways Park in Johannesburg, Gauteng, SAA flies to 38 destinations worldwide. SAA's international flights are generally routed via Johannesburg, rather than Cape Town. As part of the airlines 2018 turnaround strategy, it was announced that Mango Airlines, SAA’s low cost carrier, would be taking over many of its domestic flight routes between Johannesburg-Durban and Johannesburg-Cape Town.

SAA is a member of the Star Alliance Group. Founded in 1934 after Union Airlines was acquired by the South African government, the airline has since grown to be one of the leading airlines on the African continent. The airline split from parent company Transnet in 2006, and has since operated independently. Its air miles programme is called Voyager, with air miles accruable across the Star Alliance network. 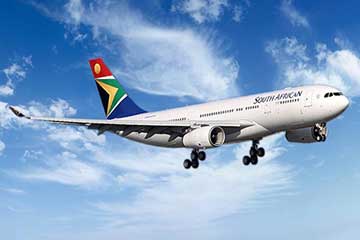 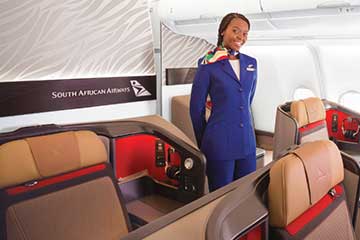 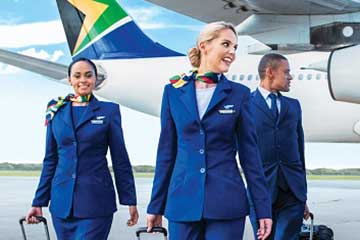 According to the SAA website, they are committed to the highest standards in everything they do. From their warm hospitality and luxury airport lounges to an in-flight menu created by renowned chefs, they aim to deliver a world-class experience every time. To top this off, the airline has also recently been named the most on-time airline in the world.

The quality of catering, however, has has been known to vary.

While SAA's service and reliability is widely considered to be good, the airline has been experiencing financial management issues, and have also been accused of anti-competitive pricing behaviour in the local South African airline market.

During the 2012/2013 period, a number of executives have also left SAA in rather quick succession. It is, however, the only South African airline to be awarded a 4-star airline ranking from Skytrax, making it an excellent choice in terms of the in-flight service experience.

SAA's in flight features and benefits include the following:

SAA in the news

SAA has frequently courted controversy, with a string of high-profile executive resignations and financial woes having plagued the airline int the past number of years. A turnaround strategy is currently being implemented to address the airlines weak balance sheet and capital position. You can find out more about the SAA turnaround strategy in the below video:

Since Malaysia Airlines quit servicing the Cape Town to Buenos Aires route, it is currently also the most direct flight routing to Argentina, albeit by default, via Johannesburg.

While South African Airlines has had to cut back on its fleet, it still operates the largest fleet in the country. Its current fleet consists of the following aircraft:

According to the SAA website, the fleet is regularly serviced and maintained in order to comply with all safety standards and regulations.

SAA in the news