Port Elizabeth, or "the Bay" as many locals fondly refer to it as, is one of South Africa's largest cities. It's found nestled in Algoa Bay in the Eastern Cape and is well known for its many beaches and laid back "holiday" vibe. You can book cheap PE flights with a variety of domestic and international carriers by making use of our flight search feature on this page. 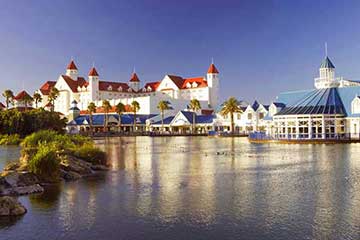 If its restaurants, cafes, cinemas, boutiques and specialty stores you seek then The boardwalk is a must see 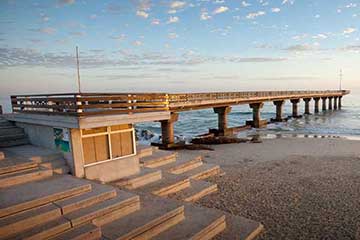 Port Elizabeth had blue flag status on 3 of it's beaches namely; Hobie, Kings and Humewood all of which offer up stunning waters and sands

When visiting PE, make sure to visit the Addo Elephant Park and Kragga Kama Game reserve to take in the wonderful wildlife on display

While the Port Elizabeth airport is not as busy as other bigger airports in the country, it still handles a variety of inbound and outbound domestic flights.

There are several cheap airlines to Port Elizabeth and many major airlines servicing this airport, including Qatar Airways, British Airways, Safair, SAA, Mango Airlines, and Kulula. The most popular domestic flights to PE depart from Cape Town, Johannesburg and Durban. Flights from Johannesburg are approximately 1 hour and 40 minutes.

For many, finding cheap flights to Port Elizabeth is like a holiday dream come true. While you won't be traveling abroad to a foreign destination, the city provides the opportunity to have a holiday experience that is somewhat unbeatable. There is much to see and do in PE, from soaking up the sun on the beach to visiting old Victorian landmarks, embarking on a boat tour to see whales and rare birds, and even viewing the Big Five in some of the reserves and parks just outside the main city areas.

Here are just a few reasons why you should plan a trip to Port Elizabeth for your next holiday or weekend escape:

The beaches in PE are phenomenal and there are plenty to choose from. While the coastline is picturesque, most beaches are ideal swimming and tanning spots. Your time would be well spent on the likes of Kind's Beach, Humewood Beach, Hobie Beach, and White Wells Estate.

What would a holiday be without a trip to the local national park to see some or all of the Big Five? Just outside the main hub of PE you will find Kragga Kamma Game Park and Addo Elephant Park where you can see rhino, giraffe, ostrich, antelope and wildebeest.

Some might say that it's always a good time to visit PE, but if you prefer to travel and explore in warm weather, then Summer and Spring are definitely better months to venture there.

If you want to make the most of your time on the beach and the warm weather, the best time to book cheap flights to Port Elizabeth would be between the months of December and February, when its considered rather "balmy".

If you are not to fussed about weather, you will find great ticket offerings for cheap airlines to Port Elizabeth during the winter months.

While Port Elizabeth provides for a dreamy beach holiday destination, there is a lot more to it than just its sandy beaches. Check out these interesting facts on PE:

If you are planning a trip to the Eastern Cape, you can search and book cheap PE flights by making use of our flight search feature. You can also safely and securely pay for your trip online. Don't miss out on the opportunity to explore PE!

Cheap Flights to Port Elizabeth
Rated 4.6/5 based on 14 customer reviews

Rating 5/5 : "the flight was short and relaxing and the landing and depart on point it felt like was travelling with an SUV" Mapula Published Date: 2018-11-18

Rating 4/5 : "It was a couples retreat , it was a wonderful time as it was our first time flying , the flight attends where friendly and accommodative" Agnes Published Date: 2019-04-27

Rating 5/5 : "You've got friendly staff and they assisted me with standby ticket." Mpendulosima Published Date: 2019-05-07

Rating 5/5 : "I had a really great time over the Easter Holidays with my partner. We also got to see old friends and we thoroughly enjoyed our stay." Sandisiwe Jali Published Date: 2018-05-17

Rating 5/5 : "We had an awesome time in Port Elizabeth. The kids had time to go on the rides at the play land. we visit the boardwalk casino, and of course" Leonie Jones Published Date: 2018-04-08